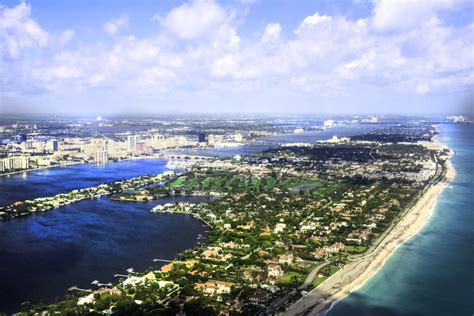 Influenced by Palm Beach Island, West Palm Beach has seen a real revival in commercial and residential real estate. The following article was published Oct 25th in the Palm Beach Daily News. It reflects on a quiet neighborhood on Palm Beach Island that has become popular with the rich and famous, injecting new life into the island.

But what happens on the island doesn’t stay on the island and makes it’s way over the bridge, across the ICW, influencing West Palm Beach, where certain areas have recently experienced great improvements. Clematis has undergone a transformation to a more pedestrian friendly downtown, The reconstructed Rosemary Square in City Place is more inviting than ever, the new DriveShack by PBI serves golf enthusiasts , even on the rainiest of days and the Grandview Public Market just West of Parker and East of 95 gives residents a place to eat, drink, exercise and shop without having to venture downtown.

All of this makes West Palm Beach, it’s historic neighborhoods and outer communities an inviting and special place to live. Just a stones throw from Palm Beach, you can live among the rich and famous without the price tag.  But still it’s always intriguing to keep an eye on whats happening with Palm Beach Island and it’s newest residents! 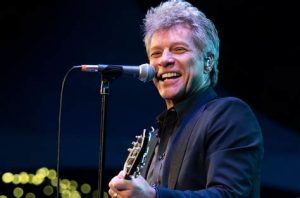 Never underestimate the power of a celebrity — in this case, rocker Jon Bon Jovi — to help spark a real estate revival in a sleepy Palm Beach neighborhood.

Just witness what has taken place in the ocean block of Atlantic Avenue since the lead singer of the band Bon Jovi paid a recorded $10 million in March 2018 for a ripe-for-replacement seaside house at the corner of North Ocean Boulevard.

The New Jersey-born rocker and his wife, Dorothea Hurley, razed the house at 230 N. Ocean Blvd. to accommodate a new one they are building. Although its front door faces Atlantic Avenue, the new Italian-style residence carries a North Ocean Boulevard address.

The house is one of four under construction in the 100 block of Atlantic Avenue, which has become one of the island’s undisputed real estate hot spots. Of the 18 lots in the ocean block of Atlantic, five have changed hands since the Bon Jovi deal closed, and new houses are being developed on speculation on three of those properties. One of the other houses that sold — built in 1990 at 120 Atlantic Ave. — is under renovation, although it’s unclear whether it’s being updated for resale.

In any case, the Bon Jovi connection has altered the way house-hunters may be viewing the neighborhood, according to real estate watchers.

“It’s sort of ‘Bon Jovi Street’ now. That’s how a lot of people think of it. And I think that carries a lot of weight,” said Douglas Elliman Real Estate agent Heather Bretzlaff, who is representing the spec house being developed by her family at 154 Atlantic Ave.

“People think if Bon Jovi lives there, it must be a great place place to live. There’s a lot of buzz about that.”

The street also is well positioned to take advantage of the revitalization underway in the bustling Royal Poinciana Way commercial district, which is less than a mile away. Once mired in the doldrums, the district’s renaissance was spearheaded by the revamp and face lift that began a few years ago at the landmarked Royal Poinciana Plaza shopping center. That was followed by construction of a new mixed-use development — set to finish up later this season — at the site of the old Testa’s Restaurant on Royal Poinciana Way. Meanwhile, a major rehabilitation began over the summer at the landmarked Bradley Park Hotel.

Bon Jovi’s property certainly is close to all that action, but it might as well be a million miles away: The beach road in front of the house is so secluded that it’s likely many Palm Beach drivers have never even traveled it. That’s because busy North County Road is just a block away and carries the vast bulk of through-traffic heading north and south on the North End.

Bon Jovi’s property fronts a stretch of North Ocean Boulevard that stretches barely a third of a mile in length, bracketed by Sunrise Avenue on the south and Wells Road on the north. At Wells Road, drivers must head west to return to North County Road — and North Ocean Boulevard doesn’t resume for another mile, when it emerges on the east side of the Palm Beach Country Club.

No wonder many casual real estate observers scrambled to pinpoint exactly where Bon Jovi’s property, which includes a beach parcel, lay after the Daily News broke the story in 2018 that he and his wife had used a limited liability company to buy it.

On a third-of-an-acre lot, the original house was listed at the time by broker Lawrence Moens of Lawrence A. Moens Associates, while broker Christian J. Angle of Christian Angle Real Estate represented the buyer. Both men have always declined to discuss the deal or identify who bought it. A representative for Bon Jovi didn’t return an emailed request for comment.

The house also is less than a mile from the oceanfront home of radio shock jock Howard Stern, the man Bon Jovi has said knows more about him and his band than anyone, according to published reports. Stern, in fact, last year inducted the band into the Rock & Roll Hall of Fame during a ceremony and concert in Cleveland.

More than a year after Bon Jovi’s purchase, the three new spec houses nearby are expected to finish construction this season. Bretzlaff is getting ready to relist the one at 154 Atlantic Ave., which is mere weeks away from completion, she said. It was developed on speculation by Purucker & Marrano Custom Homes, the firm co-founded by her father, Gary Purucker. The company paid $2.65 million for the property in April 2018, property records show, with Betzlaff representing the buyer and agent Patricia Mahaney of Sotheby’s International Realty acting for the seller.

With Dutch Colonial-influenced architecture, the new house was designed by Michael Perry of MP Design & Architecture. Briefly on the market last spring, the listing was put on a summer hiatus, Bretzlaff said, but will be re-enter the multiple listing service with a price tag around $7.5 million in the next few weeks. It has four-bedrooms and 4,683 total square feet.

On the other side of the street, speculative developer Todd Michael Glaser has been busy building two houses, which he expects to be finished by mid-January. Glaser and a group of investors paid $9 million for the pair of side-by-side oversize lots — one with an outdated house — in an off-market deal about a year ago. Glaser was represented in that sale by agents Whitney McGurk and Liza Pulitzer of Brown Harris Stevens, with agent Tom Shaw — then of Douglas Elliman and today at Sotheby’s International Realty — acting for the seller.

Glaser was drawn to the area, he said this week, not just because of the amount of land available but also because of the quiet neighborhood and its proximity to the ocean. The houses on the street have immediate access to the ocean via a residents-only entrance on North Ocean Boulevard at Atlantic Avenue.

“I liked where the beach is,” Glaser said. “The area is quiet because it’s not on a main thoroughfare, he said.

He has since razed the house he bought at 111 Atlantic Ave. and is replacing it with a contemporary-style residence with Art Deco influences, that has six bedrooms and 7,536 total square feet. Agent Suzanne Frisbie of Premier Estate Properties has the property listed with a pre-construction price of $14.9 million.

Frisbie also has the $11.9-million listing for the Mediterranean-style house Glaser is developing next door at 113 Atlantic Ave. It will have five bedrooms and 6,415 total square feet.

Both houses feature courtyards, extensive gardens and fountains. And both were designed by Rafael Portuondo of Portuondo-Perotti Architects in Miami, where Glaser has deep roots.

Portuondo also designed Bon Jovi’s house up the street, which will have about 7,000 square feet of living space, inside and out — similar in size to the house it replaced, according to the plans. The two-story house will have five bedrooms and a layout focused on the pool area.

The house will be set into a landscape of palms, seagrape, green island ficus and other plants. Bon Jovi and his wife asked for “a very classical, simple-layered tropical garden,” landscape architect John Lang of Lang Design Group told the Architectural Commission when it reviewed the house in July 2018

Lang, who did not identify his clients by name, added: “They have northern homes, and they want to feel like they’re in Palm Beach when they’re here.”

Meanwhile, two doors to the west, the house under renovation at 120 Atlantic Ave. sold for a recorded $6.1 million in February to David Fisher and John Fitzpatrick, who acted as trustees of a Canadian trust. Farrah Kisel and Paul Bergman of Douglas Elliman were the listing agents in that deal opposite Angle. The house has five bedrooms and 6,038 square feet.

And one other house on the same side of Atlantic Avenue, at No. 140, changed hands after the Bon Jovi deal. That extensively renovated house — built in 1976 with three bedrooms and 2,976 total square feet — sold in April 2018 for a recorded $3.75 million. The deal that saw agent Frances Frisbie and Katie Frisbie Crowell, then of the Corcoran Group but today with Premier Estate Properties, on the seller’s side opposite agent Tierney O’Hara of Sotheby’s International Realty.

Meanwhile, on the other side of North County Road, there have been several sales of homes since Bon Jovi bought his property. A house at 230 Atlantic Ave. changed hands twice, initially in December for about $4.5 million, listed by Angle with agent Jean Lembke of Sotheby’s International Realty on the buyer’s side. The house then sold again, seven months later, for about $4 million, with Angle representing the buyer and Moens on the seller’s side.

And two luxury townhouses sold in the same area, with both sales recorded in May 2018. Agent Geoffrey Darnell of the Corcoran Group had the listing for the townhome at 205 Atlantic Ave. when it fetched $3.4 million. A few days later, Sotheby’s handled both sides of a $3 million townhouse sale at No. 300 Atlantic Ave., with agent Carole Ruhlman on the seller’s side and agent Christine Gibbons on the buyer’s.

Back on the avenue’s ocean block last week, construction crews were busy working at Bon Jovi’s house and the other projects in the bustling neighborhood.

“It’s going to be a jewel of Palm Beach, that little area,” Glaser said. “That’s why I bought there.”