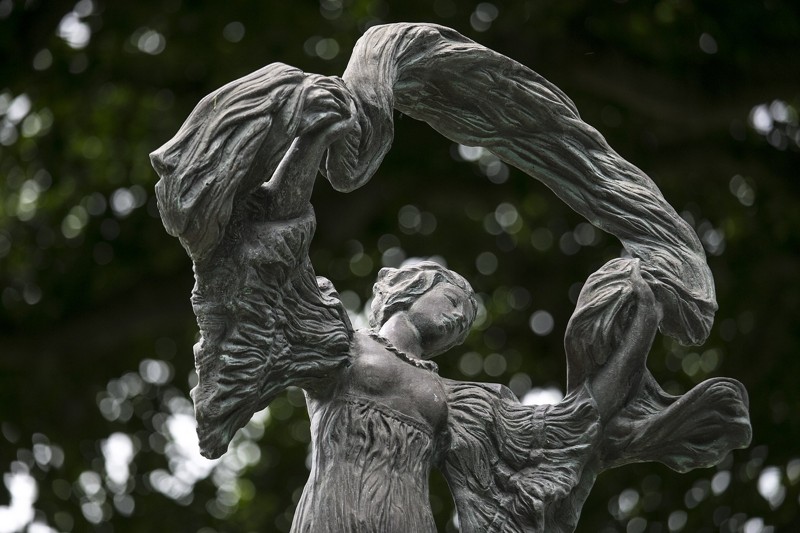 What an interesting part of history! Community Real Estate Solutions has found that Flamingo Park is HOT HOT HOT right now in the real estate market. Houses are selling in the 500k-1M range arguably becoming the next El Cid! With old growth trees, historic remodeling, a plethora of history and close to downtown, there is no doubt that Flamingo Park has become the perfect place to find your dream home!

Elliot Kleinburg- Palm Beach Post staff writer goes on to give us a glimpse of the history that surrounds the desirable Flamingo Park.

It’s spelled out right on the historic marker that stands along Dixie Highway at the edge of West Palm Beach’s little Flamingo Park, a 2-acre jewel about 10 blocks north of Belvedere Road.

Even Charles Johnson knows it. The homeless man pretty much lives in the park.

“Everywhere we go probably is a graveyard,” Johnson said one day last month, relaxing on a bench with a pal. “The world’s been here a long time. You’ve got generations and generations on this ground.”

In fact, at least 100 bodies lie on this ground, just beneath the green grass and towering banyans that

lure kids, dogs, and anyone else seeking a respite.

There easily could be twice that many, said Mary Brandenburg, who lives across the street in the El Ci

d neighborhood. She should know. The former city commissioner (1999-2002) and former state representative (2002-2010) was a member of the city’s historical preservation board in the late 1980s and the 1990s. Brandenburg said many families who couldn’t afford formal burials dug graves in the dead of night. As a result, there’s no way of telling how many bodies are there.

The Lakeside Cemetery Association bought the property from the city in 1902. It was used as a sepa

rate cemetery for blacks, although it never got an official name. By 1913, some 100 people had been buried there. That year, the city tried to buy it back so it could resell it. No less than the Florida Supreme Court blocked the effort.

Five years later, the tract was donated to the city with no restrictions. There were no more burials.

The site was converted to a public green space, Dixie Park, and later was named Flamingo Park, as is the historic neighborhood around it.

In 1966, the city tried to sell the tract to developers. Neighborhoods squawked, and the deal died. Four years later, it was improved, with benches and playgrounds. Despite that, the park wasn’t exactly a draw. It was a haven for prostitutes and drug dealers who plied their trade under the massive century-old banyans.

In 1991, a developer offered to buy the site for a showroom for exotic sports cars. He later said he never was told the site held a cemetery. The city said at the time it had heard lore to that effect, but only recently had confirmed the fact. The deal was called off.

Then in 2007, Flamingo Park underwent a makeover, part of a $20 million bond issue approved by city voters in 2000 to improve local recreation programs and parks.

“We didn’t dig deep, let me put it that way,” said architect Wayne Villavaso, who lives nearby and who designed the makeover. “Everything was designed so that it was a shallow sidewalk.”

Installed at the time: brass flowers representing those buried in the park., and at the center, at the intersection of two lanes of brick pavers, a 5-foot bronze statue, called Girl with Shawl.

“These are people who made our history,” Brandenburg said at the park. “If we’ve lost track of their names, they still deserve our respect.”